It doesn’t have to!

By using a process that is aligned to the specific material, durable external and internal threads can be produced in a flash.

In principle, all known thread cutting tools can be used. However, external threads should always be rolled to ensure good quality. If cutting dies with a pronounced spiral point are used, perfect threads can be produced with hardened alloys. Only partly satisfactory results are achieved with non hardened or non heat treatable alloys. Basically, the threaded engagement length should be longer in aluminum than in steel processing. The pre machined diameter of the thread pin should be smaller than the nominal thread diameter by the factor 0.2 to 0.3x thread pitch.

Important is generous supply of emulsion/cutting oil, which should be more abundant the longer the thread.

The shaping of external threads (rolling process) results in the best quality. In addition to the economic advantages (shorter production time, no chips), important aspects are strength enhancement through work hardening from the forming process and increase of fatigue strength due to the reduction/avoidance of notch effects. The thread forming process enables very good production of external threads, even with use of non hardened or non heat treatable alloys. The guidelines for thread rolling are dependent on the specific thread forming machine or thread forming tool. External threads can be produced without any problems by using the corresponding milling cutters. However, it must be considered that the quality of manufactured threads is significantly lower than threads produced by chip less or continuous cutting processes. The risk of the notch effect is very large in milled threads.

The production of external threads with appropriate milling cutters is possible without any problems. However, it must be taken into account here that the quality of the thread generated in this way is considerably lower than with threads that were generated without cutting or by uninterrupted cutting. The risk of a notch effect is very high with milled threads.

All known manufacturing methods for creating internal threads can be applied. For power-assisted tapping of aluminum, special taps for light alloy are available. They have the following characteristics:

2 sets of taps are used for thread cutting by hand mostly (pre-and finish cutter). The diameter of the core holes meet the usual requirements.

Internal threads produced with this process have extremely consistent tolerances, the thread flanks are score-free. Due to the cold working of flanks that takes place in the thread forming process, threads manufactured in this way are characterized by high abrasion and pull-out resistance. However, it must be considered that base material is displaced by the internal thread forming process; this means that thread cutters must be used for thin-walled components (otherwise danger of deformation).

No special machines are required for the thread forming tool if it has a facility for thread cutting. However, the chuck should have a flexible length compensation and if necessary an adjustable safety clutch as overload protection. Up to 10x higher torques can occur in the thread forming process, depending on the tool and lubricant used.

Normal cooling lubricants are only partially suitable for this type of machining, less so if the material is soft. Here high-fat grease and emulsions are recommended.

The best results are obtained with forming speeds of approx. 20-30 m/min, whereby lower or higher speeds only have a marginal effect on the quality of the results. The core hole for the inner thread forms must be drilled slightly larger than in the thread cutting process. To avoid bead-like bulges on the thread outlet and facilitate the engagement of the thread former in the core hole, the hole inlet and outlet should have sufficiently deep indentations.

Internal threads can be produced without any problems if appropriate cutters are used. However, it must be considered that the quality of manufactured threads is significantly lower than threads produced by chip less or continuous cutting processes. The risk of the notch effect is very large in milled threads. Thread milling cutting speed should be 20 – 60 m/min with an abundant supply of cooling lubricants. 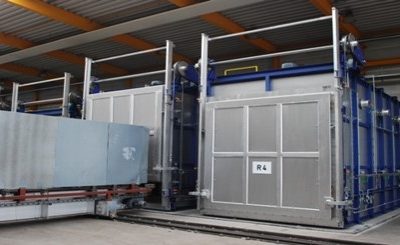 How a German aluminium plate producer is on a worldwide solo attempt and sets new quality standards.

END_OF_DOCUMENT_TOKEN_TO_BE_REPLACED

GLEICH Aluminium is one of the few manufacturers of aluminum cast plates with an in-house heat treatment facility.

But what actually happens during the heat treatment process and why it is necessary?

END_OF_DOCUMENT_TOKEN_TO_BE_REPLACED 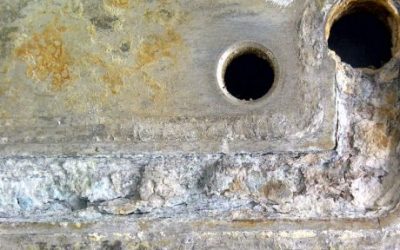 Aluminum does not rust

The use of aluminum has many advantages.

However, an advantage mistakenly attributed to aluminum is that it does not rust.

When using our materials, it is therefore useful to take precautions to prevent or minimize corrosion.